It’s not unfair or unreasonable to say the majority of us at one point or another have become bored of our mundane, predictable gym experience in an effort to stay healthy and fit.

In an effort to offer fitness that is engaging and effective, entrepreneurs Robyn Widman, Brittany Widman, Drew Keller, Zach Zweig decided to launch their own Farrell’s eXtreme BodyShaping gym location. This is not just your ordinary “machines and weights” kind of gym. These entrepreneurial visionaries wanted a location that enhanced and played on the kickboxing-bodybuilding combination that their fitness program offers. 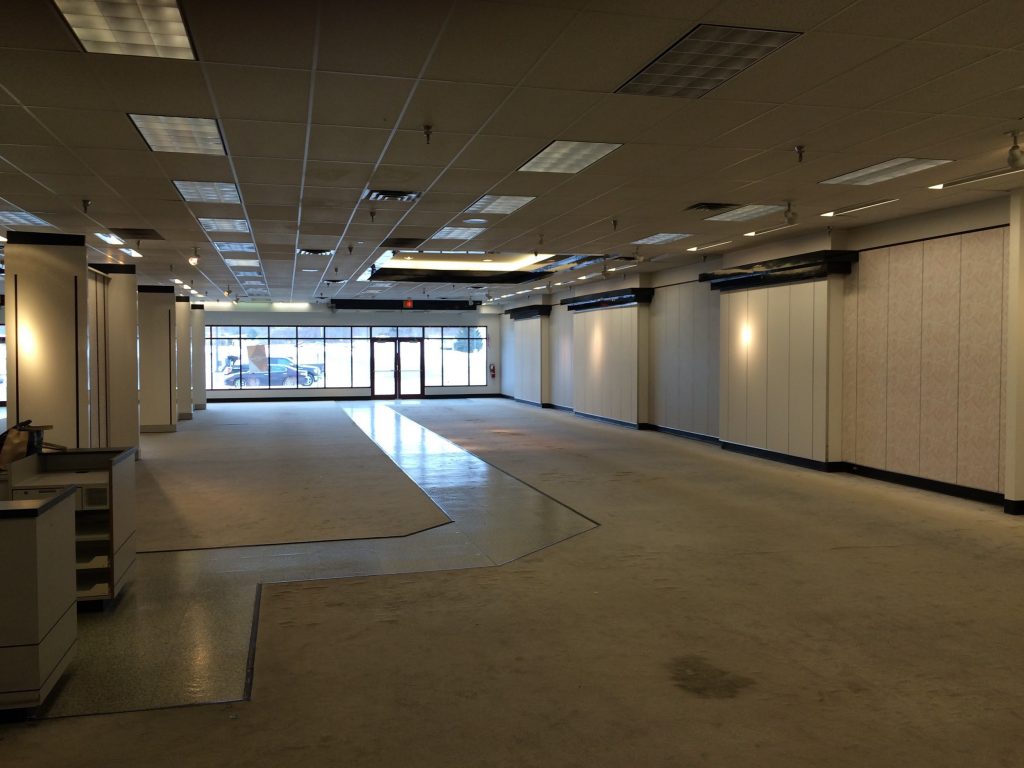 After deciding on a 4,800 sq. foot location that was previously a retail clothing store for their new gym, Farrells’ owners chose construction company Great Northern Builders (GNB) to renovate the space and bring their grandiose vision to life. Nate Biljan, Project Manager at Great Northern Builders, met with the owners to extract their ideas and turn them into a reality, and GNB crews began the build out. The space was subdivided, everything was gutted, including the flooring.

The GNB crew quickly discovered the project had a major complication and was missing a 4-inch sewer line that had not been documented in past construction.

With a set launch date for the new gym, a planned grand opening and class sessions scheduled, this type of hassle would generally pose a major hurdle for any builder to meet construction deadlines.

“I am extremely impressed by the professionalism and quality of work Great Northern Builders brought to the table while building out our Farrell’s eXtreme Body shaping location. Any questions or concerns we had regarding the construction process, GNB was there to answer and alleviate problematic issues. After we ran into the major plumbing issue, we literally only had 3 weeks left before opening day. All us owners were overcome with anxiety of the possibility of not making opening day on January 23. Thanks to GNB and their crews tireless effort on our gym space, we passed all inspections and opened on time for our first 10 week session! So grateful for everything that GNB has done for us! I will definitely recommend them to others whether it be commercial or residential,” says fiancé co-founders Brittany Widman and Zach Zweig, Farrell’s eXtreme BodyShaping, Elk River, Minnesota.

Taking the challenge head on, Great Northern Builders handled everything from building a new pipeline from scratch, to handling and processing all of the required paperwork and documentation with the city. This was no small feat, GNB had to dig out a large portion of concrete, and push a 4-inch pipe about 30 feet into the ground (a technique known as pipe bursting) to make a connection with the neighboring sewer line. 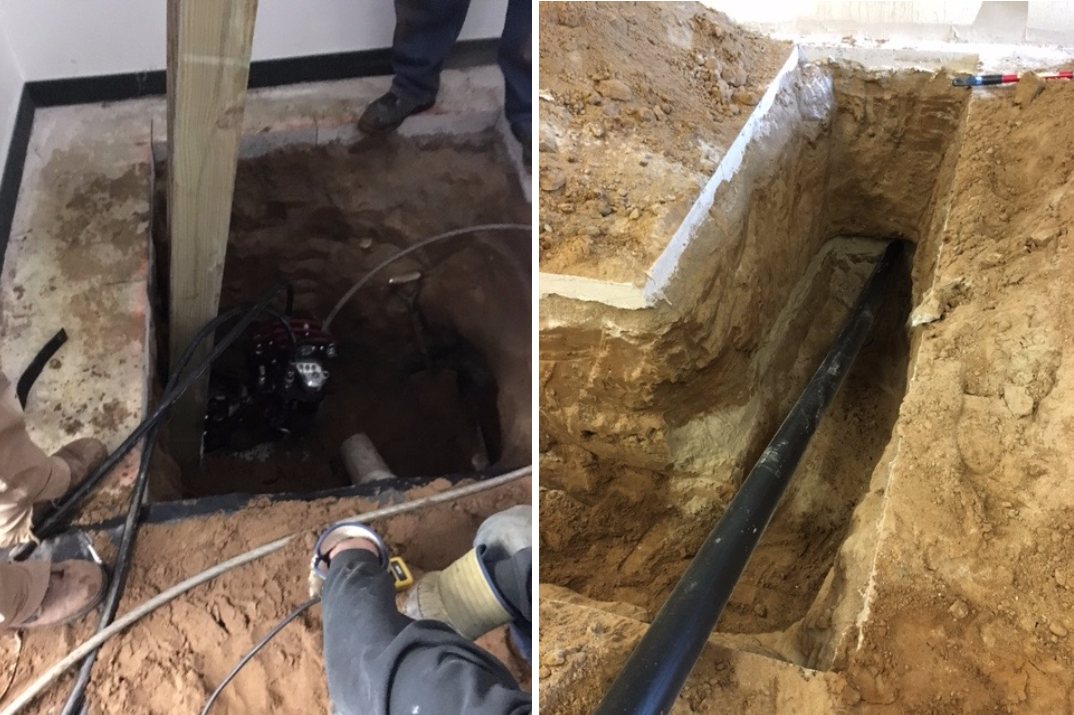 “Great Northern Builders created an amazing gym, on time, and kicked obstacles to the curb every step of the way! We had an unforeseen worst case scenario, which could have easily forced us to delay our business opening. We didn’t have to worry about a thing, they handled all of the paperwork required with the city and fixed everything! Nate Biljan and his team stepped up to the challenge, and executed quickly and effortlessly with an amazing finish, allowing us to launch on-time,” says husband and wife team co-founders Robyn Widman and Drew Keller, Farrell’s eXtreme BodyShaping, Elk River, Minnesota.

After the pipeline was installed, GNB continued their commercial build out by repouring the concrete, rewiring all of the electrical, and framing every individual wall in the space to create separation between the entrance, office space, training area, and the locker room and showers.

At Farrell’s, one of the main features of the gym is the matted kickboxing area where instructors are leading classes and music is blasting. Wanting to highlight and do something visually impressive with this area, GNB installed custom made posts created from metal fabricators around the perimeter of the 2500 sq. foot matted area, and installed ropes between each one to resemble and embody a gigantic boxing ring. GNB also created custom built mirrors for the kickboxing area to enhance and compliment the entire space.

Great Northern Builders built a wall to divide the reception area and office space for welcoming customers and daily operations at the front of the space. 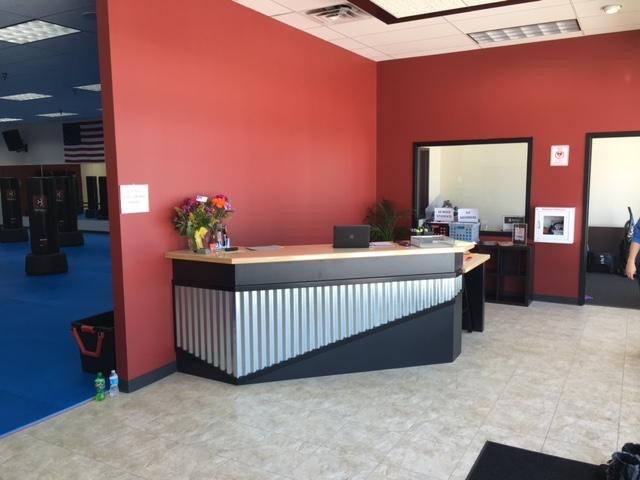 GNB also designed a locker room, shower, and restroom area that separates this Farrell location in a big way from other gyms in the area. GNB created private walls for for each toilet that go all the way to floor, providing true privacy for Farrell customers. GNB also crafted large private shower rooms, with more space than a typical gym for customer comfort. GNB framed the bathroom, shower, and locker rooms walls, and installed all showers, toilets, and sinks. 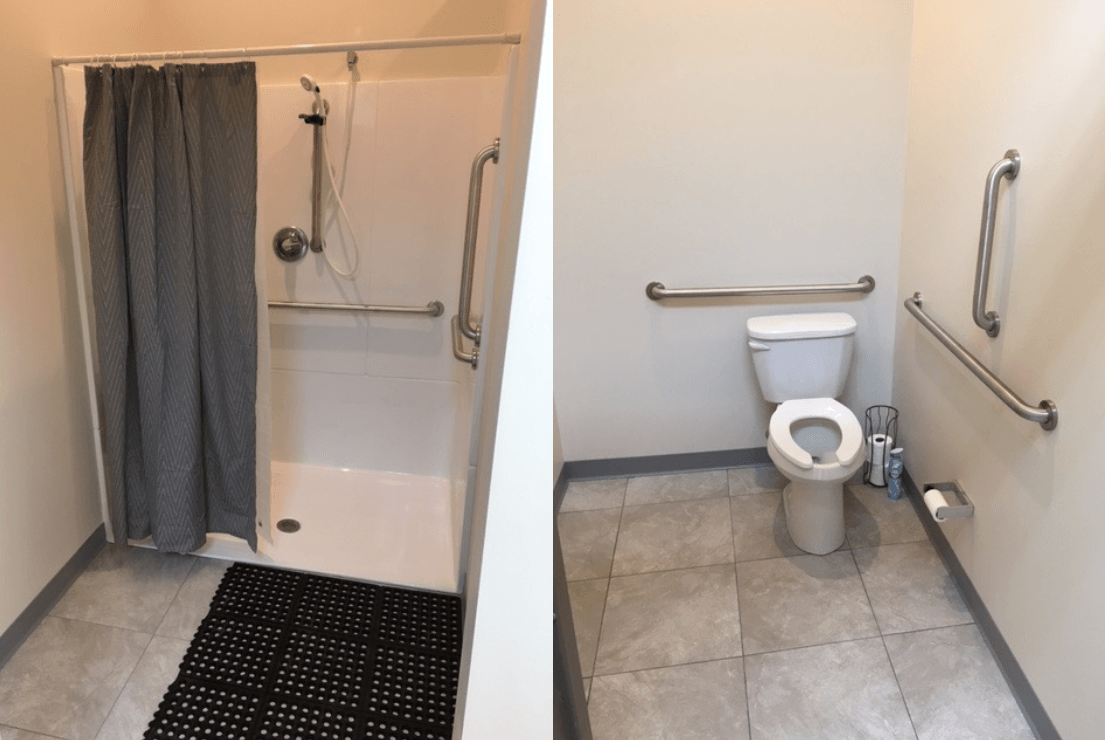 The gym owners utilized GNB’s team and architect to craft the entire design concept for the space. Despite all initial obstacles, the new Farrell’s gym location in Elk River, MN launched on time and is open for business.

“We were excited to work on this project and create this amazing new gym! One of the most important pieces of the project, and all of our projects here at Great Northern Builders, is to finish on time for our customers. We ran into a few unforeseen obstacles from previous construction at this site, but pushed through them and completed the location on time for the grand opening,” said Nate Biljan, Project Manager at Great Northern Builders.