We recently received a call from a woman looking to hire a home remodeling contractor in Eagan. Her husband had recently built a new sun porch for their house and the wife absolutely loved it. However, she now felt the need to update the surrounding rooms as well, namely their kitchen. The woman felt very strongly that the style of her kitchen must accommodate the style of her sunroom, which it currently did not. It was for this reason that she sought out our company’s services as a kitchen remodeler.

The next day, we sent someone out for a consultation. Her kitchen had already been remodeled since they bought the house, so while she did like the current style, it was really more about matching the sun porch. We discussed the design and threw some ideas around, until we finally settled on a plan. The customer couldn’t contain her excitement and asked us to get started as soon as possible. 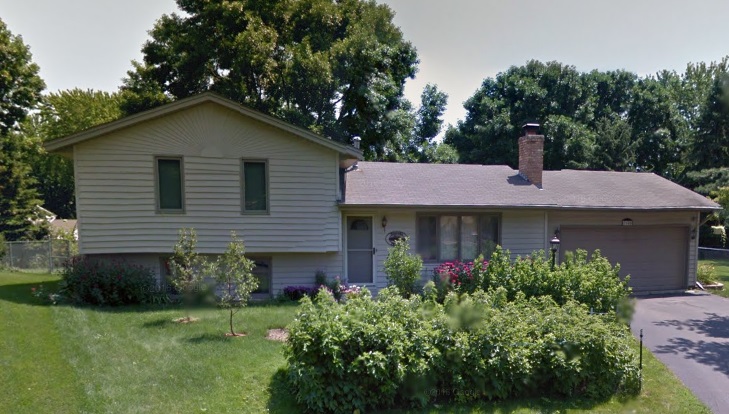 Our design was largely inspired by the “sun” aspect of their sun porch. We decided to keep everything in light tones and focus on making the room seem spacious, as well as drawing attention to the kitchen windows. The first thing we did was install new, larger windows to let in as much natural light as possible. We chose a cream-colored roman shade that would let in light while still maintaining privacy.

For the floors, we chose a light oak wood that brought warmth to the space. The cabinets were recycled from the previous kitchen, but were painted white and had molding details added to the tops and bottoms for an extra touch. We decided on a charcoal granite with flecks of white and silver throughout. We were also able to recycle all their old appliances, which in reality were fairly new. Both the sink and faucet were a bright, shiny, silver, while the light fixtures and knobs were a dark iron.

By the end of the project, the woman was thrilled. Not only because she loved the new design, but also because we were able to save so much time and money by reusing the old cabinets. We gave her some information on maintaining her new kitchen and she gave us a promise to give us a call next time she needed a remodeling contractor in Eagan. She’d been meaning to hire a bathroom remodeler for the en suite in their master bedroom, and someone to take care of the basement remodeling she’d been hoping for, and now she knew exactly who to call.